Let’s face it. It’s about time I wrote specifically about Fibromyalgia.

Its been hovering around the edges of my posts for some time and there are quite a few people following this blog who suffer.

According to NHS Choices in UK;

Fibromyalgia, also called fibromyalgia syndrome, is a long-term condition which causes pain all over the body. Fibromyalgia causes widespread pain and extreme tiredness.

Depending on who you talk to and which research you read, the debate is wide open about whether Fibromyalgia is a condition which causes pain or whether it is a syndrome which describes the pain but the cause is unknown. There is apparently no definitively accepted test for it. It is often a diagnosis of last resort when all others have been eliminated.

Needless to say being diagnosed with this condition can be pretty traumatic. Because Fibro is defined as a long term chronic pain condition affecting the whole body the diagnosis can feel like a life sentence. With no remission or time off for good behaviour. Not even the itself pain is consistent. As a neuropathic condition, the sensations can turn up as anything from uncomfortable tingles to serious aches, cramping muscles, burning or stabbing pains; You know, pretty much anything that’s unpleasant.

From a hypnotherapy point of view, Fibromyalgia is a self-fulfilling prophecy.

Because of the way Fibromyalgia is defined, by accepting the diagnosis, you also implicitly have to accept that the pain will not go away. So in essence, if you have Fibromyalgia, then you expect it to last for a long time, that it will be painful, that it will affect the whole body and that nobody knows what it is or how to fix it. You are also tacitly accepting that the medical and pharmaceutical profession/industry have nothing which can relieve it. If they did, then you wouldn’t be told you’re going to face long term pain, you’d be given the treatment to cure it.

So, if you do have Fibromyalgia, what can you do about it? This is where Cognitive Hypnotherapy can step up to the mark.

If pain is an alarm (which it is) and that alarm can misfire (which it can) then being put in a position where you expect continuing pain, the alarm cannot reset itself because there is nothing to reset it to. All pain you feel is expected, and all you expect to feel is pain. It is an exceptionally vicious circle.

For my part, I seek to re-open that door between the mind and body. A door which in many philosophies doesn’t even exist. It is a western invention. It is perhaps time to re-engage the connections. At least allow for the possibility that the mind has substantial influence over the body and vice versa.

Cognitive Hypnotherapy carries with it some amazingly powerful techniques.

Hypnotherapy can be and is used as anaesthesia, removing acute pain completely or reducing it to easily tolerated levels. Patients have been operated on with only hypnosis as the anaesthetic. click here for just one example…

Anaesthetic hypnosis is sometimes used for chronic pain but in my opinion is not ideal. As pain is an absolutely vital protection alarm, it is essential it isn’t switched off except in controlled circumstances when that safety function is taken on by someone else (the surgical team, for example).

Treating conditions like Fibromyalgia with hypnotherapy requires more subtlety and takes a little longer. In essence the techniques, gradually educate your unconscious mind, (that part of ‘you’ which drives almost 90% of what you do), to recognise that you are increasingly safe. In turn this leads to less and less need to be warned of potential damage (the function of pain) which in turn leads to less and less pain.

Often these techniques have beneficial side-effects. For example, many users of my hypnotherapy mp3 report that they also get immediate pain relief or that the recording is extremely relaxing even though this is not what is primarily going on.

So as a final point, I would encourage anyone who is diagnosed with a long term pain condition: by all means, accept the diagnosis but you don’t have to accept the prognosis as well. The condition you experience can progress differently for you than it does for others. Your doctor’s expectations might be wrong. Search out and find your own path.

And if you’d like me to join you for part of your journey, you only have to ask. 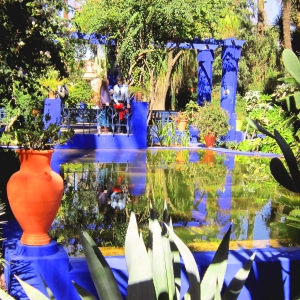 Thinking of working with Tony?

dictum mi, nec venenatis, consequat. quis,
We use cookies to ensure that we give you the best experience on our website. If you continue we will assume you consent to cookies.OKRead more